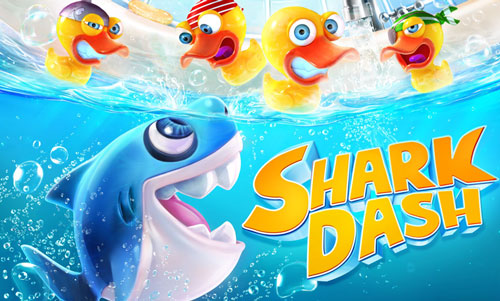 Sharkee and his merry band of toy sharks were living happily in the bathtub. That is, until a bunch of mischievous ducks came along to ruin their peaceful little world. These cheaply-made rubber duckies are a little loopy from the chemicals they are made of, and now they're teasing the sharks, playing pranks like they owned the place! But when the ducks kidnap Sally, Sharkee�s girlfriend, that�s when Sharkee and his buds have had enough! Join a wild journey to tricky bathtubs around the world, save Sally and get rid of the dimwitted ducks!

Bath Time Has Nerver Been This Fun

A Wild Journey In Bathtubs All Over The World

Meet The Most Adorable Band Of Bath Toys

Grab enough coins and you can upgrade the appearance of your sharks with cool new skins!

Certain apps allow you to purchase virtual items within the app and may contain third party advertisements that may redirect you to a third party site.

Shark Dash is developed by Gameloft.